By opting into the web form above you are providing consent for Legacy Martial Arts to send you periodic text messages. Standard rates may apply. You can reply HELP at anytime or learn more. You may opt-out anytime by replying STOP.
ACCESS OUR SCHEDULE
& EXCLUSIVE WEB SPECIAL 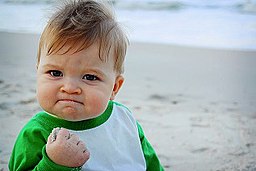 If you asked 100 people to make a list of the top 10 characteristics of the most successful people, Determination would appear on almost every single one. From driving a ball towards a goal in just about any sport, to getting homework done in time to play, Determination is constantly being tested in the life of any child. And those that develop their determination “muscle” the most, are the ones that have no problem flexing it into adulthood.

Why flex that Determination muscle?

When a child is taught to develop their willpower, “grit,” and determination, they begin to exhibit some pretty impressive characteristics. Here’s some traits that show through determined children into their teen years and adulthood.

How do you develop Determination?

So, how do we develop that determination “muscle”? There’s quite a few ways to train others, especially children, to exercise determination. Here’s a couple ways we do it.

1. Imagine what failure looks like, then keep going: Mike Tyson once said, “Everyone has a plan until they get punched in the face.” Planning each step doesn’t always exercise that determination, since many people quit as soon as things don’t go their way. Another way to say this is, “What’s the worst that could happen?”, then imagine succeeding despite the setback.

Next time your child has a project that they’re afraid won’t come out the way they want, explain that yes, it might go wrong. Walk them through imagining that the project won’t be perfect. Then, walk them through how they’d handle it if that’s the case. Will they go back and try to fix it? Will they turn it in imperfect? Or will they start over? What will they learn from the experience?

2. Never rely on luck; rely on skill: Don’t play the lottery. Determined people appreciate luck just like anyone else, but they know that their future is determined by their own actions, not a flip of a coin.

To build this in your child, find any opportunity to sit down with them and ask, “How would you do it differently if you did it again?” This will push them to seek out the knowledge to improve next time, and to build their skills. They’ll start to understand that their future is shaped by their own actions, and they’ll start to take responsibility instead of blaming it on someone else.

3. Recognize and Avoid distractions: Recognizing the things that can pull you off  your path beforehand can help you avoid them when the time comes.

This is a pretty easy one to build in a child. Simply have them identify anything that could distract them from their homework (or other project), then have them come up with ways to avoid them. With this simple exercise, your child will see more things to completion, faster. It’ll also train their brain to see roadblocks before they have a chance to derail their progress.

4. Outline your personal values: a person with a set of laws or guidelines that governs their life will find that it is easier to stay on the path they choose. For example, an adult that is determined to be able to run a marathon in the next few months, will outline their personal values of going to bed early, not drinking alcohol, and avoiding unhealthy foods. Then, when a friend invites them out for a late-night drink, it’ll be easier to say no.

For a child, they are more likely following your values. This task is one of the toughest, since you’ll have to demonstrate the values that you want them to follow. As an activity, actually sit down and outline one thing each week that you’ll both be holding strong to.

Determination is not an overnight trait, or something that someone is “just born with.” Every day is a test in determination; every project helps you or your child exercise this important characteristic.

At Legacy, we always challenge our students. One of the biggest things we do is promote the Don’t say the “C” word mindset. The “C” Word is Can’t. It’s not allowed in the studio, nor is it allowed at home or school. The idea is that, deprived of the word “can’t,” the student’s must find a way to accomplish it. They can say that the task is difficult, that the workout is exhausting, or that the path is hard, but they’re never allowed to say they “can’t” do it.

Be hard-working. Be creative. Be a Leader.

For more about “Grit,” a synonym of Determination, check out this amazing TED talk from Angela Duckworth:

Oops! We could not locate your form.